What I didn't know was the stage area was half a mile away from the actual festival grounds. So it's 11 AM on a Sunday morning, and I'm standing on a stage and playing to no one. Well, except for Natalie, who was not the festival organizer, but the person who had gotten stuck booking acts in the doomed, off-site entertainment area.

Here's where my worst gig becomes my best gig: Natalie is gorgeous! Who would have guessed the person booking me for the worst gig ever would be a beautiful, intelligent blonde in her 20s? During my set, Natalie clearly felt terrible that no one was there, so she sat down to listen. After I played my last song, we spent the next hour walking around the festival together. 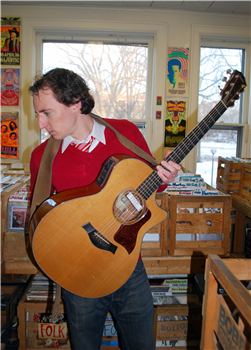